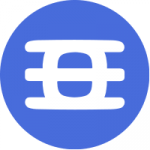 Enjin is developing Efinity, a next-generation blockchain for digital assets, built on Polkadot.

Businesses and developers seriously need a platform that can deliver a modern, mainstream and developer-friendly NFT experience. Since the release of Ethereum, there have been attempts to build infrastructure and tokenization around this general-purpose computing blockchain, but there’s an ever-growing thirst for a better solution.

The blockchains that non-fungible tokens live on give actual users no incentives (other than the prices rising), because miners are given the full share of generated tokens. Prices rise, infrastructure companies create silos and paywalls, and it becomes difficult to make real progress in this industry - unless we can unify the community and think a bit differently.

Efinity is built to solve these problems.

We're developing a new token standard called Paratokens, which will be compatible with the entire Polkadot and Kusama ecosystem.

Efinity Token (EFI) will be the first ever paratoken.