The Bajun Network, which will operate on a Kusama parachain, will be the Canary Network for Ajuna and will be fueled by the BAJU token.

The Bajun Network will be fully functional and host games. It will be mainly used for testing and introducing new Ajuna features, services,  and functionalities. This will provide a fastmoving environment for development and testing.

The Bajun Network also has a much easier slot leasing strategy, to support smaller game studios and even small groups of game developers. It is intended to be a creative environment that can be used to pursue new kinds of game concepts and introduce new features and functionalities on a fully functional network.

After successful testing and gaining enough traction and exposure to win a slot on the Ajuna Network, the games will most likely move from Bajun Network to Ajuna Network.  Nevertheless, smaller games, which don’t have enough exposure to secure a game engine or later a parachain game slot on Ajuna, can also stay in the Bajun Network and profit from the full functionality and services provided there. 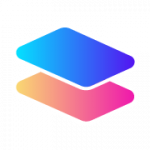 Parallel Finance
Videos
Gaming with Ajuna Network | Polkadot Decoded 2022
June 29, 2022 (00:17:14)
The Future of Blockchain Gaming – What Technologies are Ajuna and Integritee using?
May 5, 2022 (00:16:13)
Developer Activity
If you have a connection to this project, kindly Contact Us to keep the details current
Primary Token:
BAJU
Price:
$0.059
Total Supply:
50 000 000
Trading Vol 24:
$5 400
Crowdloan Reward Pool:
5 000 000 (10% of Total Supply)
BAJU Distribution
News
The Blockchain Mystery Unveiled: A Gamified Approach to Validation and Staking
Ajuna Network starts partnership with Equilibrium and adds EQD support
Ajuna partners with Subsquid to lift the lid on in-game behavior and statistics
Ajuna Network: Our Experience Building With Substrate & Polkadot
Ajuna Leverages TEEs to Enhance Confidentiality and Speed
Is AR the Essential Precursor Missing for the Metaverse?
BAJU Set for MEXC Listing
Web2 Gaming to Web3: What is Missing to Onboard a Traditional Player?
Primed for Polkadot
Gaming Companies Enter The Web3 & NFT Space
Leveling Up Fundraising: A Blockchain-Powered Philanthropic Future
Gaming’s Real Prizes
6 ways to leverage tokens in gaming
A short history of Web3 gaming
Don’t blame the cheater, blame the game? Why we need a new approach to fighting cheats.
Winning Strategy: How to create a great blockchain game
Six Reasons Why Your Next Game Should Be a Web3 Game
The Games That Inspired Us
Taking Gaming to its Peak
Ajuna Network Completes Luna Launchpad Accelerator Program and Prepares to Finalize Second Funding…
Blockchain has Redefined the Gaming Industry
PolyCrypt and Ajuna break down gaming barriers with app channel design
Bajun Network has won Kusama Auction #37
Crowdload Week 2 — Community Update
Find the BAJU Secrets and unlock new rewards
A Beginner’s Guide to Parachain Auctions
6 Ways to Back the Ajuna Crowdloan
Ajuna | Polkadot Ecosystem and How it Works
The Role and Value of the BAJU Token: Powering Next-Level Web3 Games
GAME ONE: Everything You Need to Know About Our Upcoming Kusama Parachain Bid & Crowdloan
Ajuna Kusama Crowdloan Rewards Explained
Blockchain games need more old-school expertise
Ajuna Network | The Ajuna Experience
New project: Bajun Network
Bajun Network project has been added on parachains.info
https://twitter.com/AjunaNetwork